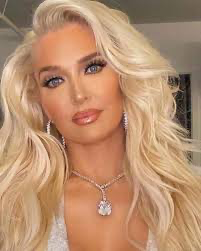 How much wealth do you have to have to be as wealthy as your other cast mates on a Bravo reality Housewives show?  No one knows the answer because no one really knows how much wealth each person has, or how their wealth was and still is being earned.

When Erika “Jayne” Girardi joined the cast of The Real Housewives of Beverly Hills in 2015 she already had a performing and recording career as Erika Jayne.  She was popular and successful among the dance club scene but not to the mass general public.  Hopefully, she was making a profit as an entertainer. She’s fascinating and talented.

Tom Girardi, her husband, had a thriving personal injury law firm, Girardi Keese, before and during his marriage to Erika.  But somewhere in the last 5-10 years Tom Girardi’s law firm started being sued or had complaints filed, stuff going down, with clients and professionals who allegedly weren’t paid for their case awards or support services in a variety of personal injury cases.

.May 2020 and September 2020 Erika was asked to be part of a deposition regarding Tom Girardi’s civil lawsuits for misappropriation of clients’ monies from personal injury awards

There are cast mates on the BHHV who talk about their wealth and wear it as a badge of honor, and others who just have money and live without making their wealth a definition of who they are. Unfortunately, Erika talked about her wealth and verbally appeared to use it to define herself.  She didn’t need to.  Regardless of how much money her performance and recording career brought her, her real wealth was in the fact that at an older age this beautiful woman was able to dance and perform her butt off! She out shadowed her husband a millionfold because she was authentically real in her unique image.

When Tom appeared on camera with Erika on the BHHVs she changed into a powerless person and acquiesced to her husband’s mean-spirited way of talking to her and about her.  Now in front of the world! It seemed to me that Erika let Tom’s wealth diminish her as a human being. As I watched these and other scenes with Tom and Erika, I wondered what the arrangement was for their marriage to stay together for 20 years if this was the way the marriage power game was played: Tom has it all; Erika has none. Was wealth the glue that held the marriage together?

Well, that glue wasn’t gorilla glue because the marriage and Tom’s law firm became unglued. The wealth was no more. A bankruptcy filing took place in 2020 and the couple’s assets purchased through the purported wealth presented to the world were frozen, taken back, house on sale, lives shattered.

In looking at the timeline, it appears that Erika’s start with the Real Housewives in 2015 correlates to the claims of malfeasance with Tom’s business. Just an observation; maybe I’m wrong. But I am wondering if Tom and Erika’s combined wealth – more than the average person has – wasn’t enough for them to feel competitive with or superior to the other BHHV’s cast mates wealth, whatever that actually was. I remember Erika talking a lot about money on the show, which provided the illusion of making her powerful.  She didn’t need to. Tom didn’t need to. And I don’t think the other cast mates cared because they are not equal in wealth.

Illusions don’t last because they have no substance. Wealth only lasts if earned honestly and managed properly. Ego has no value. Authenticity is gold.

Previous Timing Is Everything
Next Are You a Prisoner of Your Own Wealth?