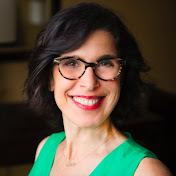 In speaking with Attorney, Mediator and Author, Gabrielle Hartley on the February 17th episode of Constructive Uncoupling, we learned that Court brings out the worst in people but sometimes it’s the only way to get a divorce.  There was a time when Gabrielle worked with a family law Judge in New York and became his “settlement closer’” meaning that Gabrielle’s role was to act like a mediator between opposing attorneys, before the trial or hearing began, to see if all or some of the settlement could be reached before the Judge took over.  Gabrielle was called “the closer” because she was able to get some of the settlement done outside of the courtroom.

This paved the way for Harley’s mediation service.  “Mediation is honestly a much better way to deal with settlement terms if you get legal advice first, can speak to each other in a way that allows for healthy negotiation, and want to reach a settlement that is uniquely the individual couple’s life decisions.

I think back to Denise Richard’s and Charlie Sheen’s divorce.  I wasn’t in family law at the time; I was working in the live entertainment and events business in 2005.  I remember it was loud and rocky.  Then Denise appeared on the Real Housewives of Beverly Hills in 2019 and we learned a lot about her forgiveness, acceptance, and inclusion of Sheen in their roles as co-parents.  They used lawyers to represent them to get them through the settlement, but Denise wanted peace and stability for their two daughters after the divorce was final and worked towards a loving and supportive co-parenting relationship.

Just like Denise and Charlie, the show, or in your case your life, must go on, and you need to enjoy it. If mediation can be used to sort out the details of the settlement, with attorney guidance, you can reach your goals of a lasting settlement, and live apart happily ever after.

Previous Are You Biologically Designed For Lasting Relationships?
Next Unconditional Forgiveness: Lemons into Love with Child of Divorce, Kamie Lehmann

Should I Stay or Should I Go?