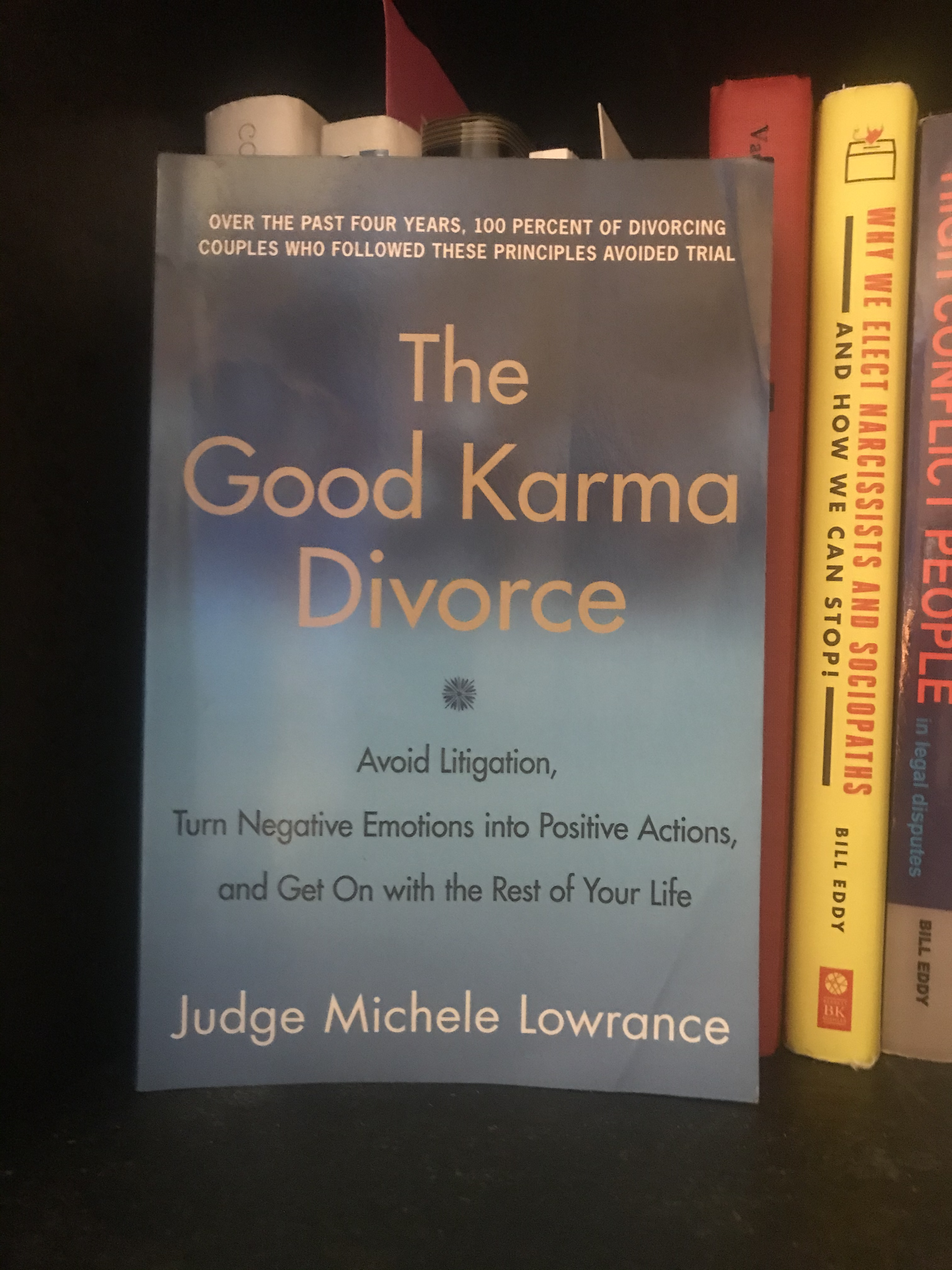 When I was with the Circus I lived among families of many different cultures and a few different religions. Because we lived together and worked together, we operated like one giant family: We were nice one day, argued the next, and back to being nice again because the show had to go on.  If there were marital tensions and issues – which there were in a 10-month touring season – we had to work them out because our lives depended on it.  We worked in a life-threatening business, the Circus.

Flash forward to divorce where I work with many cultures and religions; I’m in Los Angeles, a cultural melting pot.  And as a mediator and podcast host, I am involved in helping people work out their settlement agreements so that their personal shows, their lives, can go on.

Our guest for episode 124 is former family law Judge, now Divorce Mediator, and author, Michele F. Lowrance. Judge Lowrance was a Domestic Relations Attorney for 20 years in Chicago, and then a family law Judge for 19 years.  She is the author of  The Good Karma Divorce.

So much of what Judge Michele wrote answered questions I had about Divorce Behavior.  It taught me about the emotional roller coaster and the emotional juggling match that is part of divorce. I was fascinated that as a Judge she was so in-tuned with people’s emotions.

The chapter titles reveal so much about how Judge Michele thinks and how she wants to guide future litigants away from the courtroom, if possible: Creating Your Soul Search Party by producing a personal manifesto and reclaiming your power; Harnessing the Positive Power of Negative Emotions, like betrayal to forgiveness, apology, empathy, and understanding; Preventing Collateral Damage to your children by the way you go through the divorce; Transformative Confrontation can reinvigorate negotiations and move towards civility; and, Embracing the Road Ahead for future relationships.

The courtroom is a pretty rough place to deal with emotions, but there had been many times when court confrontation transformed people to have a more civil ending to the divorce when framed through the lease of a sterile environment, an unrealistic place to resolve a relationship.

Judge Lowrance talks about the change in behavior in one of the spouses when the concept of divorce enters his/her thinking, and that this is a natural process of uncoupling. When one spouse sees the other being more distant, less affectionate, perhaps a change in routine, don’t jump to conclusions; ask to talk. The behavior change is the start of what we call the Emotional Divorce. The Emotional Divorce is the process of uncoupling, a necessary step before the Legal Divorce. Both spouses need to go through their individual uncoupling in order to meet and confer for the decisions in the Legal Divorce.

The respect we show each other in both the Emotional and Legal Divorces becomes the stepping stone to other future relationships.  The first step to respect is vulnerability. Judge Michele said, “When we are guarding our vulnerability, it becomes more difficult to attach, but it is vulnerability that promotes attachment.”  We can find meaning in relationships that did not last. But it can’t be done without self-respect and respect for the relationship we’re leaving.

I wish you a Good Karma Divorce!

Previous Celebrity Divorces as Performance Art
Next Is Your Self-Esteem Suffering?

Life (and Divorce) Happen FOR You, Not To You