Sheen/Richards: How Modifications Work in Child Support and Custody 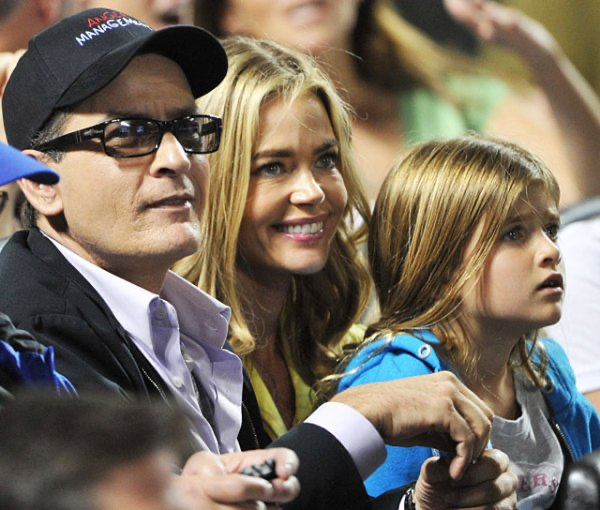 I like taking celebrity divorces and using aspects of their settlement to explain how those issues work in any divorce.  In the case of Charlie Sheen and Denise Richards, we learned that there was a recent court ruling modifying child support, the co-parenting schedule, and custody. So what happened and how does this work?

Sheen and Richards filed for divorce in 2006. At that time they had two small girls, Sami and Lola. Denise seems to have had primary physical custody and joint legal custody. But at some point I’m guessing that they shared joint physical custody when Charlie no longer needed supervised visitation due to drugs and alcohol abuse. Although Denise was a working actress, Charlie made more money and paid child support to the tune of $55,000 per month.

In the world of child support, custody, and visitation, everything is modifiable. When parents are filing for divorce they base their decisions on present-time circumstances. If the children are young at that time, parents do the best they can making these decisions, but with the understanding that their circumstances can change, thereby affecting a modification in support and visitation first, and perhaps the level of custody, too. The younger the children at the time of divorce, the more parents will deal with changes in income and in the co-parenting schedule.

In the case of Charlie Sheen and Denise Richards, a Hearing was necessary. Which is a shame because it seemed that they were in a good communication space for a while, at least by Denise’s account of the relationship when she spoke of co-parenting with Charlie on The Real Housewives of Beverly Hills. Apparently something happened that made the communication less amicable.

This is coupled – no pun intended – with the fact that Denise remarried and within a couple years Sami, the older daughter, characterized Denise’s household in a pejorative manner, and used that to permanently move in with her father. Sami is old enough to make that decision as she is now 17 years old. Permanently moving in with Charlie changes custody and the timeshare between Charlie and Denise, and makes child support unnecessary at least for Sami. That was the determination at the Hearing.

But what about Lola? Lola stays with Denise when Denise is in town working, but when she is out of town on film and television shoots, Lola stays with her father, not Denise’s husband at their home. Well, apparently, the court determined that there was an overpayment of child support – $55,000 per month – which was based on Charlie’s income when he was still acting in Two and a Half Men. It appears that the ruling took the overpayment, applied it to the lack of payment over the past four years, and came out with a zero child support order going forward.

Denise wasn’t at the Hearing. She was out of town filming. But she could have arranged to be part of the Hearing via zoom or telephone. She was quoted in the press saying that she didn’t know about the rescheduling because she wasn’t served with the change of date and time. Sometimes this happens depending on how the recipient has to be served. For child support modifications, using a process server is generally required because it’s a seriously important Hearing that both parents should attend. And then there’s the filing of the Proof of Service that the recipient has been notified of the new Hearing date so the court knows process was executed correctly. I have no answers for exactly what happened, but Denise/the recipient can ask for the court’s reconsideration and reschedule the Hearing so that she can attend.

Bottom line, when there are minor children in a divorce, parents have to work on their communication constantly so that they can effectively deal with modifications in custody, support, and the co-parenting/visitation schedule. There is a thing called a “step-up plan” that can be written into the divorce settlement agreements for the custody and the co-parenting schedule if there are either behavioral issues with one parent that need to be addressed at the time of the divorce, or with an infant at the time of the divorce, that will establish one set of terms for the immediate settlement, but with changes in behavior and the older age of the child, can and will modify the schedule and the custody.

Knowing that modifications are available and probably going to be used throughout the time that the children are minors, will hopefully create a climate of cooperation with the parents so that modifications can be a natural part of the co-parenting relationship.

Give Yourself the Gift of Self-Forgiveness

Culture Can Have An Influence on Civil Divorce Settlements

EXIT Interview with Colleen O’Neil: Divorce is an Issue of Compromise