How To Amicably Co-Parent with Dr. Lynne Meyer 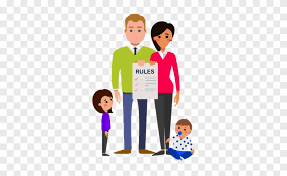 Being a kid is hard; being a kid of divorce is harder.

So how do we make sense of all of this? Part of dealing with the reality of amicable co-parenting is dealing with the reality that you might not make a good parent, period. You may have had a rough childhood, learned terrible relationship building, had an abusive parent, a drug-induced parent, a parent who couldn’t hold down a steady job, or a parent who could not show you love. Any of these conditions will be your foundation from which you make your own parenting statement.

My consistent saying is “Just because you can – in this case procreate – doesn’t mean you should”. I thought my own mother shouldn’t have been a parent because she was so emotionally volatile that it was very disruptive to a harmonious family dynamic. As all good families of the 50s and 60s, we hid our dysfunction well. Valium was the drug of choice, and alcohol was its cousin. Therapy was only for the truly insane people; this was the thinking of that era. But my mom did need therapy in order to understand what to expect from her husband and her children. As my mother aged and I became a functioning adult, my opinion of my mother changed. I saw her as a giving and loving person who wanted to do right by people. She had no addictions other than wanting to be loved by everyone. And she was loved by most, including her children.

My parents could have gotten divorced because my dad – an absolute angel – got to his wits end when my mom went into menopause, a process that turns women criminally insane, completely bloated, and a hot mess. My sister and I begged him not to divorce. He abided our wishes, and passed away in his mid-50s. I think it was due to the stress of being unhappy in his marriage. This being said, his early death forced my mother to grow, provide for herself, and learn to live on her own merit. That’s when we all connected with her better than ever.

But how would they have worked as co-parents? I think they would have done well because neither was a vindictive person. They had no bad habits that altered their personalities. And they were loving people. These, to me, are the ingredients that go into co-parenting amicably. Dr. Meyer explained that in order to co-parent amicably, parents need to heal from the emotions of the divorce first, get themselves ready for the change that comes from divorce, and then go through the legal divorce, which includes two households, child support, other financial responsibilities raising children, and conversation that is the underpinning of a good co-parenting relationship. Parents have to be able to speak to one another civilly. If the communication isn’t good, neither will be the constant decision-making that has to take place for every aspect of the children’s lives.

Dr. Meyer was explaining how beneficial co-parenting therapy can be to help parents deal with their roles better. Communication is addressed, showing parents how to speak with one another in a way that doesn’t drudge up old wounds from the marriage, and shows parents how to move past the past and focus on the present and the future in order to raise healthy, happy children.

While parents are undergoing co-parenting therapy, the children can be in therapy in order to understand the divorce and to be able to communicate with their parents in a way that is not compromised by fear. Children are very concerned about saying things to their parents, in a co-parenting situation, that will upset the parents’ relationship with each other. In order to accommodate that fear, children will often tell each parent what they think that parent wants to hear. The children are not able to honestly and freely express themselves in the same way to each parent. This isn’t healthy.

Then there is family therapy, an opportunity for the children, in a professionally monitored environment, show their parents who they really are and what they really think. Honesty can now prevail.

Dr. Lynne Meyer has been in private practice for 27 years.  She is originally from Cape Town, South Africa where she trained as a teacher psychologist at University of Cape Town.  After leaving South Africa, she lived in Israel for 5 years before coming to the United States to train as a clinical psychologist at CSPP now Alliant University where she obtained a doctorate in psychology.

Dr. Meyer has also trained at NCP in Child Psychology.  She is presently training in Mindfulness Trauma Work.

Dr. Meyer specializes in trauma and abuse.  Her specialty is working with children who are in high conflict custody divorce situations and are sometimes estranged from one parent.             Dr. Meyer works frequently for the court in family therapy, reunification therapy and co-parent therapy.  Dr. Meyer is focused on the child’s best interest and their development.  She is focused on helping children make the transition and adjustment in a divorced family. She works with children as early as 3 upwards.

Dr. Meyer has an empathic compassionate approach. She works with children in conjunction with parents to help families to heal from divorce. She works with a hybrid of psychoanalytic, trauma based and mindfulness therapy.

Life (and Divorce) Happen FOR You, Not To You

Honesty is the Elephant in the Room

Sheen/Richards: How Modifications Work in Child Support and Custody