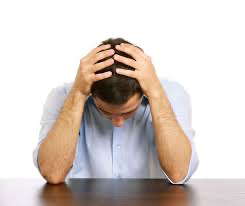 After interviewing John Nachlinger, Esq., Divorce Coach for Men, Mediator and Divorce Shield podcast host on this week’s episode of THE Amicable Divorce Expert podcast, I was very clear about a few things:

Let’s explore each element.  Men need to talk. Men need to talk with other men. Men need empathy that only another man can provide.  I’m speaking of men who want to do the right thing by their children and their soon-to-be former spouses. Men go into divorce with fear that the legal system is designed to provide more for women than for men. Even though the court culture has changed and in many places become a court of more equity than in the past, we still have movies and television shows that depict the court system as favoring women in divorce settlements, especially when it comes to child custody. Having a divorce coach for men allows men to discuss their fears and concerns with other men going through the same experience to hopefully contain their fear and provide an approach going forward that might allow the divorce settlements to take place out of court and mitigate the justice system’s influence over the settlement.

Loss of custody followed by parental alienation is huge. Remember the film Kramer vs Kramer with Dustin Hoffman and Meryl Streep?  I have this poster on my wall in the office to show men that even in 1979 when this film was made, the culture was changing.  The court awarded sole custody to Dustin Hoffman’s character who was portrayed as a loving, nurturing father who had to play domestic catch-up with his son to feed him, clothe him, and deal with his schooling when Meryl Streep’s character walked out on the family.  But Meryl Streep’s character demonstrated the opposite of how gender roles are assumed: women are nurturing by nature and men aren’t. Not always true.

Then there was Mrs. Doubtfire. I also have this movie poster in my office. Robin Williams dressed in drag and played the role of a nanny in order to be near his children because their mother, played by Sally Field, wanted sole custody without visitation awarded to their dad. The point of this film was to show that a father’s love could be so strong to cause him to go to this extreme to be near his children. In the end, the court awarded shared custody.

I have met men who are extremely nurturing in my divorce practice, and I have met men who couldn’t care less about their children. But for those who want to modify their lives as they existed within the context of the marriage to accommodate being a single father in order to be in their children’s lives, ladies, welcome that. Your children need both of their parents, and to alienate or restrict your children from spending time with their father, given that their father can and will make the children a top priority, is not putting the children first.

And lastly, spousal support/alimony, the financial kicker of all time. I have found that most men don’t want to pay monthly support to their wives. In my experience it seems to be that when the marriage is over the men simply want to move on, and spousal support is like a ball and chain that keeps men connected to their now ex-wives/spouses. That’s why some men who can financially do so, pay their spouses a lump sum with the divorce settlement as a compromise to a monthly amount so that it’s over in one payment.  If the lump sum is generous enough within the context of your state’s divorce laws, I say, “Take it.”  Take it because you don’t have to wait each month for the check to arrive, and you can do more with a lump sum, like invest it and reap more financial reward from spousal support than what you receive on a monthly basis. Do not think you’re winning by punishing your spouse by forcing a monthly payment, because you’re really screwing yourself financially.  The anger that you feel won’t make you wealthier.  The First Wives Club was a movie that allowed women to vent their frustrations about the way their husband’s left them, and the punishment they wanted to inflict on them. It was funny, yes, but in real life, moving on and being financially strong is where it’s at ultimately.

But if a monthly amount is the only way the higher earning spouse can pay alimony, then at least understand the emotional issues tied up in alimony, the connection that this obligation creates.  Spousal support is important and necessary in many cases. Men need to understand this, especially in cases where women haven’t worked in years in order to raise the children. Men need to understand that getting a job after not working, if the agreement was for the other spouse to stay home and raise the children, is enormously fearful for women, and may take a few years of education and training in order to get a job that is financially beneficial and with the ability to provide a good living.

Spousal support was designed in the late 1800s when women didn’t work – unless they were Miss Kitty in the saloon in the television show Gunsmoke. Spousal support was created to protect women financially if their husbands left them for the secretary once the children were grown, leaving the women penniless if no other measures of financial support were available. A men’s divorce coach will help men understand this concept and arrive at this discussion in a more thoughtful and respectful way, and hopefully be creative in how men deal with this aspect of divorce.

We all need help from someone like a professional divorce coach who will take a more objective approach to divorce fear, provide a reality check to their clients, and assist them in developing a creative solution, not based in fear but based in a future-forward approach to an amicable divorce settlement.

Previous Lead By Example
Next Spousal Support: Til Death Do Us Part

Are You Committing Financial Infidelity?

Emotionally Divorce your Married Self to Grow After Divorce