Adele: I Needed an Outlet for the Pain 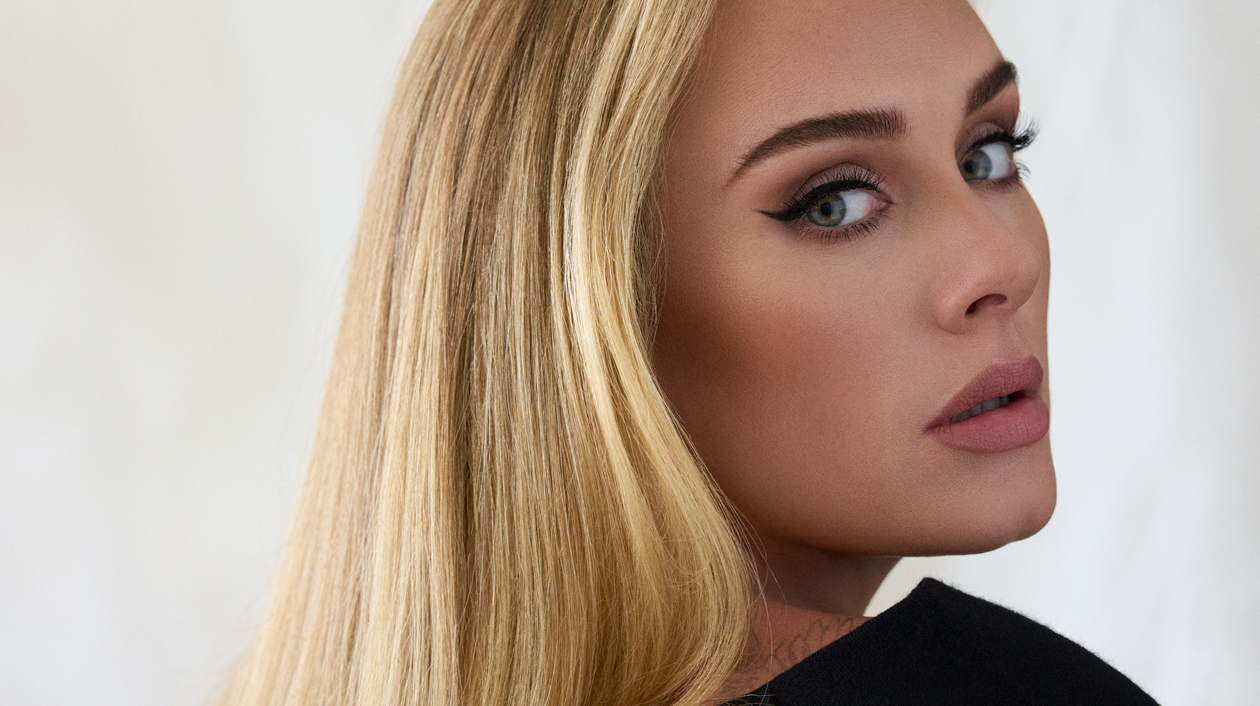 This episode about Adele’s divorce was about the inner struggles of divorce, the emotional journey, not the legal one.

Adele was interviewed by Oprah and the interview aired earlier this month. The cool thing about this interview was that it was woven throughout clips of Adele’s concert in Los Angeles at the Griffith Observatory, on the mountaintop overlooking Hollywood. Breathtaking.

Adele was with Simon Konecki from 2011 – 2019, when she filed for divorce.  They had their son Angelo in 2012. They were together longer unmarried than they were married. Which brings me to the first point: Some people aren’t meant to be married. I don’t mean in the traditional sense that people meet, marry, and then fall out of love.  I mean that the confines of a legal marriage aren’t right for everyone.  I find it interesting that sometimes getting married after living in relationship well, with children, for years, is the real issue. The legal construct of a relationship can be the very aspect that breaks up the relationship.  I asked several of my therapist colleagues if they noticed this pattern, and if so, why?  The answers: The shift from amicably being together without a marriage license to a formalized, structured relationship calls into play people’s ideas of what marriage should be, when living unmarried had no expectations. We have preconceived ideas of the roles each spouse should play in a marriage.  This is based on what we learned from our parents; what we learn from society; and what we read. Unmarried relationships have the freedom to create whatever relationship the couple wants without role expectations.  I just wonder of Adele and her former husband, Simon, changed once they officially married? There is a sense of freedom in living together without being married, until one partner finds the lack of legal construct unstable and without formalization that a legal marriage license brings to the relationship.

Adele discussed the lead-up to her decision to divorce. She never had a stable nuclear family, and desperately wanted one. Adele’s Dad may have been an alcoholic, she didn’t use that word, but did say he drank a lot and wasn’t around much. When she looked back on her decision to marry Simon, she said she did it to get from Simon the love she didn’t get from her dad. In Adele’s words, “Simon brought stability.” He was available to her. I think this point is important: Why we choose to marry, and why we choose the person who becomes our spouse.  Sometimes we have no idea what love is.  We mistaken love for security.  Or, our gut tells us this isn’t the right decision, yet we follow our sense of logic rather than our internal guidance system. In Adele’s case, she married for stability.

She also said that she promised herself and her son that they would always be a family because she didn’t have the traditional family with both parents available.

Now the Emotional Divorce begins. Adele said that in order to prepare herself to reconstruct her life she had to stop drinking. That leads me to believe that she had a propensity for alcohol. Maybe I’m wrong but to choose to stop using alcohol sounds like it was being used to turn away from the raw emotion of life. When people go through divorce, self-care is so important. Whether it’s alcohol, marijuana, sugar, television binging, whatever we use to block or soften reality, we need to live healthy physical lives in order to be at our mental and emotional best to think clearly and reassess our lives. Exercise is the best form of change because it affects us physically and mentally. Exercise engages endorphins, the natural “feel-good” energy necessary to work at our optimum best.

Adele made a good point as she was talking about going through the emotional journey of divorce. She said that every person going through divorce needs a plan for the day to take their focus off the anxiety of divorce at some prearranged times of the day. Adele’s plan, since she wasn’t working while divorcing, was to exercise at specific times each day. This refocused her and mitigated the depression.

Adele also said this, “Nothing has been as scarey as what I went through behind closed doors. I had no time to feel the world around me. I had no time to choose. Everything was going on around me so fast.” Well, there was no discussion of abuse, and she was in the throes of touring a few years ago, so I’m thinking that her success caught her off guard – as it does for all musical artists – and too many other people were running different parts of her life, her career, that she became completely disconnected from what she wanted and needed personally.

In our own lives this can happen when people have children and the relationship changes.  The focus is on the children. Or when one spouse gets a promotion and has to spend more time at work. If people cannot spend time together, experience life together, take vacations, spend the holidays as a family, the dynamic shifts and spouses grow separately. In Adele’s case, her career was front and center. She couldn’t be home while touring. The danger in the wife having a huge career is that their husbands are dwarfed and in the shadows. This can work for a little while, but so tough to make it last. Once we grow apart it’s so hard to bring people back to center. We can’t find center.  Center has shifted. We’re in different places now.

I think when we’re divorcing, or when we’re taking a look back on our divorce, our emotions can change from day to day. And we can feel embarrassed if we look at our divorce as a failure. Divorce is a transition. It’s a life event that takes time to get through (filing isn’t done in a day). The lead-up to divorce is a process of evaluation, soul searching, and planning, so that we know the decision is right.

Oprah asked Adele, “Why did you get divorced? Was it a single moment or a series of moments?” Adele said that she wanted to live and just not survive. She didn’t address the question specifically, but divorce is rarely about a single event. It’s a series of events, observations, experiences, and our own awareness of how we feel over a period of time. So, too, with us. if we are responsible people who want to remain committed to our partners and to the marriage, it takes time to get to the point of speaking to our spouses about a change in the relationship. Adele concluded this part of the discussion by saying that she wanted to stop trying to be somebody else, behaving in a way that she wasn’t. Oh, my, to thine own self be true. To change any part of our married behavior, our role in the family, the expectations that we formerly fulfilled, is freeing and frightening simultaneously. Yet this correction is the only way to live. Unfortunately, it may mean that we have to change being a wife or husband.

The courage to face our fears. Adele explained that she had fear leaving the marriage. Remember, she said Simon provided the stability in a home life that she didn’t have growing up. This is huge. But, she said that in order to find her own happiness she had to leave. She even said that when you stay in a marriage for the children, you are essentially robbing them of seeing you happy. Her belief is that all children want to see their parents happy, and if that means two households then so be it.  At least each separate household has the potential of being happier than one household with two parents who don’t want to be together. Tough call, but the logic seems right.

Adele talked about the Process and the layers of difficulty that each process has with it:

i. The process of the legal side of divorce

ii. The process of being a single parent and not seeing your child every day (in Adele’s case, unless she brought Angelo with her on tour, she wasn’t going to see him daily, but the idea of a formal co-parenting schedule when not touring, was a silence she found hard to bear.

iii. The process of turning up for yourself every day, not being able to rely on a partner to push you forward when you need that.

iv.  The process of running your personal life and a business.

The process of divorce has many ups and downs. It’s an emotional juggling match. Just when we think we’re on solid ground, the earth shifts beneath us. This is why it’s important to go through what I call The Emotional Divorce before the Legal Divorce.  We have to go through the grieving stages of divorce – there are 7 of them – before we file so that we have taken care of ourselves before we make settlement decisions unemotionally.  This is the best- case scenario. But if there is no time and filing has to start quickly, plan some time for yourself each week. You’ll need it. And you and your spouse can control time to a certain degree. The court system sometimes runs on a snail’s pace. Tell your attorney you need time. Tell your spouse the same. You have to speak up for yourself in order to make good decisions for your new life and for the settlement.

Dating after divorce. People who want to be in relationships will find another one at some point. The danger in choosing the next long-term relationship is that choices will be made the way in which the choice was made for the previous marriage that just ended. Oprah commented that ‘whatever the biggest wound we have in our lives, you end up choosing relationships to heal that wound.’ This is a powerful statement.  Adele’s wound was the instability of her father in her life.  Simon healed that wound; he was stable. But our needs have to be met by ourselves, not by someone else.

Adele said that when her father was dying they forgave each other. After he passed, she said that the wound healed. She was free to love differently. Many of us have emotional wounds from our upbringing or from our own individual lives.  These early childhood experiences shape us and are the backdrop for our choices in life. Our journey is to figure out what choices add happiness to our lives. It’s a process.

LEARNING LESSON: Divorce isn’t a failure; it’s a transition to another life. Once the divorce was concluding, Adele was able to write music again. She took a 2-year break from creating music to go through the Emotional Divorce. When she was coming out of the intensity of that emotional juggling match she wrote the songs to her CD 30. Music is her outlet. We all need an outlet to express ourselves. What is your outlet, and what will be your song for a new beginning?

Mental Illness Comes in Different Shapes and Sizes in Divorce

Are You Committing Financial Infidelity?