CELEBS KELLY & BRANDON; KATIE & TOM: THE HOUSE IS WHOSE?

One of the hardest assets to deal with is the house. And when you’re a celebrity, you probably have an expensive home and maybe several of them. Our two celebrity divorces are Kelly Clarkson, winner of American Idol, singer, and talk show host, and her music manager former husband (divorce final in September of last year) Brandon Blackstock; and Katie Maloney & Tom Schwartz of Vanderpump Rules, Sur Restaurant and Tom Tom nightlife spot.

Real estate was part of their divorce and our topic for today.

Real estate is expensive, most times the most valuable asset people have, and the hardest asset to move forward, in many cases, by the time the divorce can be final. It’s emotional and financial. Emotions drive the initial decision. Then logic sets in. Or not. It just gets crazier, more complicated and back to emotional.

Let’s look at Katie Maloney and Tom Schwartz first. They had a very amicable split and mutual decision on selling the house. Katie was quoted in US Weekly saying that the decision was, in fact emotional at first, but then she went through the numbers to see if it was financially feasible for her to keep the house, and that logic became her determining factor to sell the house. It was too much of a financial burden for her to keep it and pay for everything herself, even with her cast member fee with Bravo for the reality show Vanderpump Rules.

Now let’s look at a more complicated situation, Kelly Clarkson and Brandon Blackstock. Many celebrities invest in real estate. It’s safer and more lucrative than stocks, typically. It’s also a tangible asset, which means that failing a flood, hurricane or fire, you always know how the asset is doing, and the volatility in the real estate market is far less than the volatility in stocks. There was a pre-nuptial agreement, and this one piece of property, a ranch in Montana, was solely Kelly’s in the pre-nup. But Brandon, as so many spouses do at the time of divorce, wanted to contest the pre-nup as far as the community property status of the Montana Ranch was concerned. No contest; it went to Kelly.

Here’s what happens with most divorces when the house is the largest asset and some complicated situations arise:

1. There are children, Mom wants to stay in the house, but can’t afford it.
a. Other spouse can continue to pay for the house until Mom can make more money and refinance the house to buy the other spouse out.
b. Child and spousal support may not be enough for the loan-to-value ratio needed for a mortgage.
c. Mom will have to earn more money, if possible, to be able to get a loan and refinance the house in her name and give Dad his equity share.

2. One spouse doesn’t want to get divorced, is addicted to drugs or alcohol, and won’t sign the paperwork to put the house on the market.
a.  You’ll need a lawyer to discuss how this works in your state.
b.  In California, you can request a Hearing and request the court to order the house to be sold and sign the paperwork if the addicted spouse can’t. or won’t.

5. Sell the house and reinvest the money. Clean, simple, easy. If there is enough money for each spouse to buy something else with their equity share, you’ve hit the jackpot!

6. The house is under water, meaning the mortgage is more than the equity in the house.
a. A short sale still requires the sellers to make up the difference in what the house sold for and what the current owners owe the bank.
b. Keep the house, continue to share the expenses, and sell it when there is no cash outlay from the sellers to move the property forward. 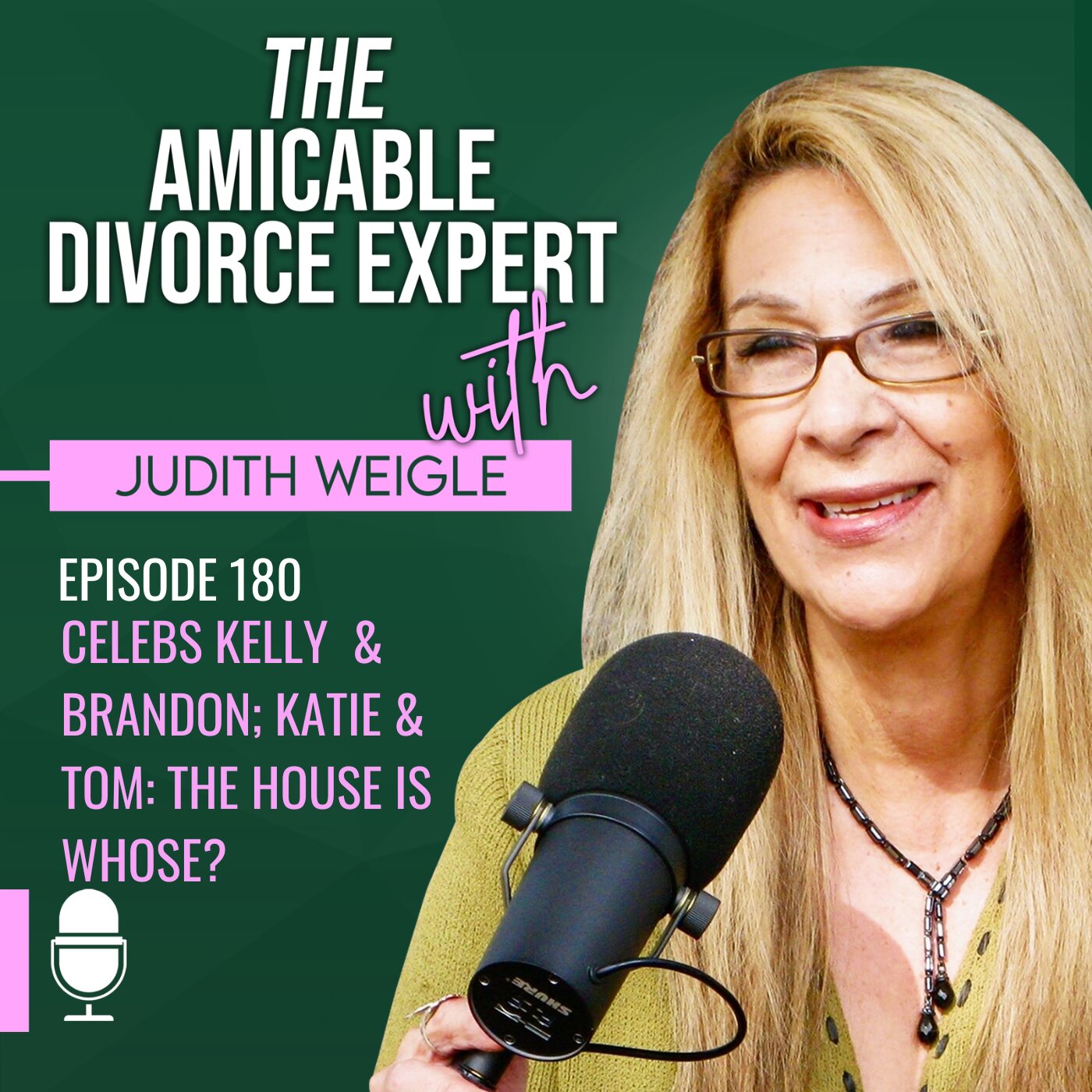